When Calls the Heart Season 8 Episode 5

The Battle of Peleliu, codenamed Operation Stalemate II by the United States military, was fought between the U.S. and Japan during the Mariana and Palau Campaign of World War II, from September to November 1944, on the island of Peleliu.

U.S. Marines of the 1st Marine Division, and later soldiers of the U.S. Army's 81st Infantry Division, fought to capture an airstrip on the small coral island of Peleliu. This battle was part of a larger offensive campaign known as Operation Forager, which ran from June to November 1944, in the Pacific Theater.

Major General William Rupertus, commander of the 1st Marine Division, predicted the island would be secured within four days.[4] However, after repeated Imperial Army defeats in previous island campaigns, Japan had developed new island-defense tactics and well-crafted fortifications that allowed stiff resistance,[5] extending the battle through more than two months. The heavily outnumbered Japanese defenders put up such stiff resistance, often fighting to the death in the Emperor's name, that the island became known in Japanese as the "Emperor's Island."[6]

In the U.S., this was a controversial battle because of the island's negligible strategic value and the high casualty rate, which exceeded that of all other amphibious operations during the Pacific War.[7] The National Museum of the Marine Corps called it "the bitterest battle of the war for the Marines".[8] 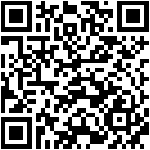