To share this paste please copy this url and send to your friends
RAW Paste Data
TransUnion (TRU) Q4 2020 Earnings Call Transcript
Not to be confused with the Canadian political movement Unite the Right, or the 2018 Unite the Right 2 rally.
August 2017 white supremacist rally in Charlottesville, Virginia

The rally occurred amidst controversy generated by the removal of Confederate monuments by local governments following the Charleston church shooting in 2015, in which a white supremacist shot and killed nine black members, including the minister (a state senator), and wounded others.[6] The event turned violent after protesters clashed with counter-protesters, resulting in more than 30 injured.[24][25]

On the morning of August 12, Virginia governor Terry McAuliffe declared a state of emergency, stating that public safety could not be safeguarded without additional powers. Within an hour, at 11:22 a.m., the Virginia State Police declared the rally to be an unlawful assembly.[21] At around 1:45 p.m., self-identified white supremacist James Alex Fields Jr. deliberately rammed his car into a crowd of counter-protesters about 0.5 miles (0.8 km) away from the rally site, killing Heather Heyer and injuring 19 other people. Fields fled the scene in his car but was arrested soon afterward; he was tried and convicted in Virginia state court of first-degree murder, malicious wounding, and other crimes in 2018, with the jury recommending a sentence of life imprisonment plus 419 years.[26][27] The following year, Fields pleaded guilty to 29 federal hate crimes in a plea agreement to avoid the death penalty in this trial.[28]

US President Donald Trump's remarks on Charlottesville generated negative responses. In his initial statement following the rally, Trump "condemned hatred, bigotry, and violence on many sides". While Trump condemned both neo-Nazis and white nationalists,[29] his first statement and subsequent defenses of it, in which he also referred to "very fine people on both sides", were seen by critics as implying moral equivalence between the white supremacist marchers and those who protested against them. Critics interpreted his remarks as sympathetic to white supremacists.[7] Supporters have characterized this interpretation as a "hoax"[30] because Trump's "fine people" statement explicitly denounces white nationalists.[31][32]

The rally and resulting death and injuries resulted in a backlash against white supremacist groups in the United States. A number of groups that participated in the rally had events canceled by universities, and their financial and social media accounts closed by major companies.[33] Some Twitter users led a campaign to identify and publicly shame marchers at the rally from photographs; at least one rally attendee was dismissed from his job as a result of the campaign.[34] While the organizers intended for the rally to unite far-right groups with the goal of playing a larger role in American politics, the backlash and resultant infighting between alt-right leaders has been credited with causing a decline in the movement.[35][36][37][38]

After Charlottesville refused to approve another march, Unite the Right held an anniversary rally on August 11–12, 2018, in Washington, D.C.[39] The rally drew only 20–30 protesters amidst thousands of counter-protesters,[40] including religious organizations, civil rights groups, and anti-fascist organizers.[41][42] 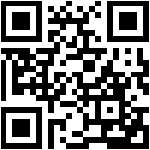