What exactly is the Importance of the Water Purifi The architecture of Melbourne, the capital of the state of Victoria and second most populous city in Australia, is characterised by a wide variety of styles dating from the early years of European settlement to the present day. The city is particularly noted for its mix of Victorian architecture and modern buildings, with 52 skyscrapers (buildings 150 metres or taller) in the city centre, the most of any city in the Southern Hemisphere.

In the wake of the 1850s Victoria gold rush, Melbourne entered a lengthy boom period, earning the moniker Marvellous Melbourne to represent its wealth and grandeur. By the 1880s, it had become one of the largest and wealthiest cities in the British Empire, second only to London. The wealth generated during this period is reflected in much of the city's grand, richly ornamented Victorian architecture, as well as the height of some buildings, with the 12-story APA Building (1889) rivalling other early skyscrapers in Chicago and New York City.[1] In the post WW2 era, as in many western cities, Melbourne's Victorian heritage was not valued, and much was demolished, eventually leading to protests and the establishment of the Victorian Heritage Register in 1974. Buildings on the register's heritage list include the Royal Exhibition Building, the General Post Office, the State Library of Victoria and Flinders Street railway station.

The postwar period ushered in a new boom, with the city hosting the 1956 Summer Olympics, and the lifting of height limits at the same time led a boom in high rise office building, beginning with ICI House, itself now in the Heritage Register. The ensuing years of the 1970s and 80s saw the loss of some of Melbourne's most admired historic buildings, specifically the Federal Coffee Palace and APA Building.

Since the 2000s, the central city and Southbank area has seen a new boom in high rise construction, with some blocks developed to very high densities, and the tallest buildings in Australia, including the 297m (92 floors) Eureka Tower, which was the tallest residential tower in the world when completed in 2006.[2]

The juxtaposition of old and new has given Melbourne a reputation as a city of no characterising architectural style, but rather an accumulation of buildings dating from the present back until the European settlement of Australia. 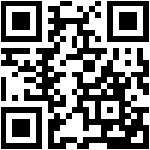