To share this paste please copy this url and send to your friends
RAW Paste Data
Movies on TV this week: 'Finding Nemo' on Freeform and more

25 Days of Christmas is an annual season of Christmas programming broadcast during the month of December by the U.S. cable network Freeform. The event was first held in 1996, and has been annual fixture of the channel through its various incarnations, including The Family Channel, Fox Family, ABC Family, and Freeform. The brand covers airings of classic holiday specials as well as new Christmas-themed television movies each year; generally few of the network's original series air during the time period, outside of Christmas-themed episodes. In 2006, the lineup has also included airings of general, family films that Freeform holds rights to, which included the Harry Potter films until January 2017, and other Walt Disney Studios Motion Pictures films. In 2007, the block was extended to November with a Countdown to 25 Days of Christmas block. 25 Days of Christmas programming often attracts major surges in viewership for Freeform, with higher-profile film airings often attracting 3-4 million viewers or more.

For 2017, Disney extended the 25 Days of Christmas branding to holiday programming shown by Freeform's sister properties in the Disney-ABC Television Group, including ABC, Disney Channel, Disney XD, and Disney Junior.[1][2]

For most of the block's run, fourteen specials from the Rankin/Bass Productions library of Christmas specials (excluding the original Rudolph the Red-Nosed Reindeer and Frosty the Snowman specials, both of which have aired on CBS since 1972 and 1969 respectively) served as the centerpiece of the 25 Days of Christmas. Freeform lost the rights to twelve of those specials (which included The Year Without a Santa Claus) to AMC in 2017 to serve as the linchpin of its new "Best Christmas Ever" schedule; Freeform still airs Santa Claus is Comin' to Town and The Little Drummer Boy.[3] In May 2019, Freeform announced it had acquired the cable rerun rights to the Rudolph and Frosty specials, reuniting the four pre-1974 Rankin/Bass programs on the same network.[4] CBS will continue to hold the free-to-air rerun rights to both specials.[5] 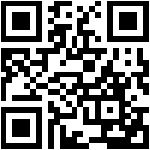