To share this paste please copy this url and send to your friends
RAW Paste Data
Fuel Cell
Device that converts the chemical energy from a fuel into electricity
For other uses, see Fuel cell (disambiguation).

Demonstration model of a direct-methanol fuel cell (black layered cube) in its enclosure. Scheme of a proton-conducting fuel cell

A fuel cell is an electrochemical cell that converts the chemical energy of a fuel (often hydrogen) and an oxidizing agent (often oxygen[1]) into electricity through a pair of redox reactions.[2] Fuel cells are different from most batteries in requiring a continuous source of fuel and oxygen (usually from air) to sustain the chemical reaction, whereas in a battery the chemical energy usually comes from metals and their ions or oxides[3] that are commonly already present in the battery, except in flow batteries. Fuel cells can produce electricity continuously for as long as fuel and oxygen are supplied.

The first fuel cells were invented by Sir William Grove in 1838. The first commercial use of fuel cells came more than a century later following the invention of the hydrogen–oxygen fuel cell by Francis Thomas Bacon in 1932. The alkaline fuel cell, also known as the Bacon fuel cell after its inventor, has been used in NASA space programs since the mid-1960s to generate power for satellites and space capsules. Since then, fuel cells have been used in many other applications. Fuel cells are used for primary and backup power for commercial, industrial and residential buildings and in remote or inaccessible areas. They are also used to power fuel cell vehicles, including forklifts, automobiles, buses, boats, motorcycles and submarines.

There are many types of fuel cells, but they all consist of an anode, a cathode, and an electrolyte that allows ions, often positively charged hydrogen ions (protons), to move between the two sides of the fuel cell. At the anode a catalyst causes the fuel to undergo oxidation reactions that generate ions (often positively charged hydrogen ions) and electrons. The ions move from the anode to the cathode through the electrolyte. At the same time, electrons flow from the anode to the cathode through an external circuit, producing direct current electricity. At the cathode, another catalyst causes ions, electrons, and oxygen to react, forming water and possibly other products. Fuel cells are classified by the type of electrolyte they use and by the difference in startup time ranging from 1 second for proton exchange membrane fuel cells (PEM fuel cells, or PEMFC) to 10 minutes for solid oxide fuel cells (SOFC). A related technology is flow batteries, in which the fuel can be regenerated by recharging. Individual fuel cells produce relatively small electrical potentials, about 0.7 volts, so cells are "stacked", or placed in series, to create sufficient voltage to meet an application's requirements.[4] In addition to electricity, fuel cells produce water, heat and, depending on the fuel source, very small amounts of nitrogen dioxide and other emissions. The energy efficiency of a fuel cell is generally between 40 and 60%; however, if waste heat is captured in a cogeneration scheme, efficiencies of up to 85% can be obtained.[5] 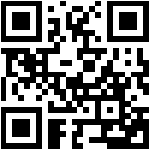