Humongous Entertainment, Inc. was an American video game developer based in Bothell, Washington. Founded in 1992, the company is best known for developing multiple edutainment franchises, most prominently Putt-Putt, Freddi Fish, Pajama Sam and Spy Fox, which, combined, sold over 15 million copies and earned more than 400 awards of excellence.[1]

Humongous Entertainment was acquired by GT Interactive (later renamed Infogrames, Inc., then Atari, Inc.) in July 1996. By October 2000, sales of Humongous games had surpassed 16 million copies.[2] GT sold Humongous to its parent company, Infogrames (later renamed Atari SA), in August 2005, as a result of which the company was shut down a few months after. Infogrames transitioned the label to a new company, Humongous, Inc., which continued publishing games under the Humongous label until 2013, when it faced bankruptcy. As part of the bankruptcy agreement of the Atari SA subsidiary Atari, Inc., Humongous, Inc. and Atari Interactive, Tommo acquired the Humongous brand and all of its assets, and went on to re-release some of its games into digital distribution channels in conjunction with Night Dive Studios. 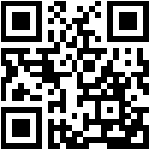