Judas and the Black Messiah is a 2021 American biographical drama film about the betrayal of Fred Hampton (played by Daniel Kaluuya), chairman of the Illinois chapter of the Black Panther Party in late-1960s Chicago, at the hands of William O'Neal (played by Lakeith Stanfield), an FBI informant. Jesse Plemons, Dominique Fishback, Ashton Sanders, Darrell Britt-Gibson, Lil Rel Howery, Algee Smith, and Martin Sheen also star. The film is directed and produced by Shaka King, who wrote the screenplay with Will Berson, based on a story by the pair and Kenny and Keith Lucas.

A Fred Hampton biopic had been in the works for several years, with both the Lucas brothers and Will Berson writing and shopping screenplays individually since 2014. Berson's version almost got made with F. Gary Gray directing, but, when that fell through, King was hired to helm the project. The cast joined in 2019, with the blessings of Hampton's family, with filming taking place that fall in Ohio.

Judas and the Black Messiah premiered at the 2021 Sundance Film Festival on February 1, 2021, and was released in the United States by Warner Bros. Pictures on February 12, simultaneously in theaters and digitally on HBO Max. The film was lauded by critics, who praised King's direction, the performances, and its timely themes. For his performance, Kaluuya won Best Supporting Actor at the Golden Globes and was nominated at the Screen Actors Guild Awards. 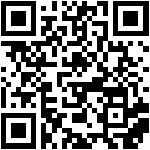