Around the world, there were shocked reactions to the assassination of John F. Kennedy, the President of the United States, on Friday, November 22, 1963 in Dallas, Texas.[1]

The first hour after the shooting before Kennedy's death was announced, was a time of great confusion. Taking place during the Cold War, it was at first unclear whether the shooting might be part of a larger attack upon the U.S., and whether Vice-President Lyndon B. Johnson, who had been riding two cars behind in the motorcade, was safe.

The news shocked the nation. Many people wept openly. Many gathered in public places to watch the television coverage. Traffic in some areas came to a halt as the news spread from car to car, even gathering around cars to listen to radio reports.[2] Schools across the U.S. dismissed their students early.[3] Misplaced anger against Texas and Texans was reported from some individuals. Various Cleveland Browns fans, for example, carried signs at the next Sunday's home game against the Dallas Cowboys decrying the city of Dallas as having "killed the president."[4][5]

However, there were also instances of Kennedy's opponents cheering the assassination. A journalist reported rejoicing in the streets of Amarillo, with a woman crying out, "Hey, great, JFK’s croaked!"[6]

The event left a lasting impression on many worldwide. As with the preceding attack on Pearl Harbor of December 7, 1941, and the subsequent September 11 attacks, asking "Where were you when you heard about President Kennedy's assassination" would become a common topic of discussion.[7][8][9][10][11] 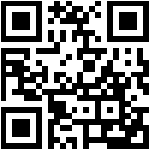