India has an Internet user base of about 504 million as of May 2020, about 40% of the population.[1] This number is expected to be 627 million by the end of 2019.[2] Despite being the second-largest user base in world, only behind China (650 million, 48% of population), the penetration of e-commerce is low compared to markets like the United States (266 million, 84%), or France (54 M, 81%), but is growing, adding around 6 million new entrants every month.[3] The industry consensus is that growth is at an inflection point.[4]

In India, cash on delivery is the most preferred payment method, accumulating 75% of the e-retail activities.[5] Demand for international consumer products (including long-tail items) is growing faster than in-country supply from authorised distributors and e-commerce offerings. Long tail business strategy allows companies to realize significant profits by selling low volumes of hard-to-find items to many customers, instead of only selling large volumes of a reduced number of popular items. The term was first coined in 2004 by Chris Anderson.[6]

In 2017, the largest e-commerce companies in India were Flipkart, Snapdeal and Amazon.[7] In 2018, Amazon beat Flipkart and was recorded the biggest ecommerce in india in terms of revenue.[8] 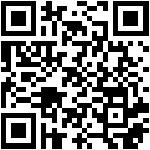