To share this paste please copy this url and send to your friends
RAW Paste Data
Random Thoughts – After the Crisis, Opportunity
Global financial crisis TED spread and components during 2008 The financial crisis of 2007–2008, also known as the global financial crisis (GFC), was a severe worldwide financial crisis. Excessive risk-taking by banks,[2] combined with the bursting of the United States housing bubble, caused the values of securities tied to U.S. real estate to plummet and damaged financial institutions globally;[3] this culminated with the bankruptcy of Lehman Brothers on September 15, 2008, and an international banking crisis.[4] The crisis sparked the Great Recession, which, at the time, was the most severe global recession since the Great Depression.[5][6][7][8][9][10] It was also followed by the European debt crisis, which began with a deficit in Greece in late 2009, and the 2008–2011 Icelandic financial crisis, which involved the bank failure of all three of the major banks in Iceland and, relative to the size of its economy, was the largest economic collapse suffered by any country in history.[11] It was among the five worst financial crises the world had experienced and led to a loss of more than $2 trillion from the global economy.[12][13] U.S. home mortgage debt relative to GDP increased from an average of 46% during the 1990s to 73% during 2008, reaching $10.5 trillion.[14] The increase in cash out refinancings, as home values rose, fueled an increase in consumption that could no longer be sustained when home prices declined.[15][16][17] Many financial institutions owned investments whose value was based on home mortgages such as mortgage-backed securities, or credit derivatives used to insure them against failure, which declined in value significantly.[18][19][20] The International Monetary Fund estimated that large U.S. and European banks lost more than $1 trillion on toxic assets and from bad loans from January 2007 to September 2009.[21]

Lack of investor confidence in bank solvency and declines in credit availability led to plummeting stock and commodity prices in late 2008 and early 2009.[22] The crisis rapidly spread into a global economic shock, resulting in several bank failures.[23] Economies worldwide slowed during this period since credit tightened and international trade declined.[24] Housing markets suffered and unemployment soared, resulting in evictions and foreclosures. Several businesses failed.[25][26] From its peak in the second quarter of 2007 at $64.4 trillion, household wealth in the United States fell $14 trillion, to $50.4 trillion by the end of the first quarter of 2009, resulting in a decline in consumption, then a decline in business investment.[27][28][29] In the fourth quarter of 2008, the quarter-over-quarter decline in real GDP in the U.S. was 8.4%.[30] The U.S. unemployment rate peaked at 10.0% in October 2009, the highest rate since 1983 and roughly twice the pre-crisis rate. The average hours per work week declined to 33, the lowest level since the government began collecting the data in 1964.[31][32]

The economic crisis started in the U.S. but spread to the rest of the world.[25] U.S. consumption accounted for more than a third of the growth in global consumption between 2000 and 2007 and the rest of the world depended on the U.S. consumer as a source of demand. Toxic securities were owned by corporate and institutional investors globally. Derivatives such as credit default swaps also increased the linkage between large financial institutions. The de-leveraging of financial institutions, as assets were sold to pay back obligations that could not be refinanced in frozen credit markets, further accelerated the solvency crisis and caused a decrease in international trade. Reductions in the growth rates of developing countries were due to falls in trade, commodity prices, investment and remittances sent from migrant workers. This led to a dramatic rise in the number of households living below the poverty line.[33] States with fragile political systems feared that investors from Western states would withdraw their money because of the crisis.[34]

As part of national fiscal policy response to the Great Recession, governments and central banks, including the Federal Reserve, the European Central Bank and the Bank of England, provided then-unprecedented trillions of dollars in bailouts and stimulus, including expansive fiscal policy and monetary policy to offset the decline in consumption and lending capacity, avoid a further collapse, encourage lending, restore faith in the integral commercial paper markets, avoid the risk of a deflationary spiral, and provide banks with enough funds to allow customers to make withdrawals. In effect, the central banks went from being the "lender of last resort" to the "lender of only resort" for a significant portion of the economy. In some cases the Fed was considered the "buyer of last resort".[35][36][37][38][39] During the fourth quarter of 2008, these central banks purchased US$2.5 trillion of government debt and troubled private assets from banks. This was the largest liquidity injection into the credit market, and the largest monetary policy action in world history. Following a model initiated by the 2008 United Kingdom bank rescue package,[40][41] the governments of European nations and the United States guaranteed the debt issued by their banks and raised the capital of their national banking systems, ultimately purchasing $1.5 trillion newly issued preferred stock in major banks.[29] The Federal Reserve created then-significant amounts of new currency as a method to combat the liquidity trap.[42]

Bailouts came in the form of trillions of dollars of loans, asset purchases, guarantees, and direct spending.[43] Significant controversy accompanied the bailouts, such as in the case of the AIG bonus payments controversy, leading to the development of a variety of "decision making frameworks", to help balance competing policy interests during times of financial crisis.[44] Alistair Darling, the U.K.'s Chancellor of the Exchequer at the time of the crisis, stated in 2018 that Britain came within hours of "a breakdown of law and order" the day that Royal Bank of Scotland was bailed-out.[45]

Instead of financing more domestic loans, some banks instead spent some of the stimulus money in more profitable areas such as investing in emerging markets and foreign currencies.[46]

In July 2010, the Dodd–Frank Wall Street Reform and Consumer Protection Act was enacted in the United States to "promote the financial stability of the United States".[47] The Basel III capital and liquidity standards were adopted worldwide.[48] Since the 2008 financial crisis, consumer regulators in America have more closely supervised sellers of credit cards and home mortgages in order to deter anticompetitive practices that led to the crisis.[49]:1311

At least two major reports on the causes of the crisis were produced by the U.S. Congress: the Financial Crisis Inquiry Commission report, released January 2011, and a report by the United States Senate Homeland Security Permanent Subcommittee on Investigations entitled Wall Street and the Financial Crisis: Anatomy of a Financial Collapse, released April 2011. Typical American families did not fare well, nor did the "wealthy-but-not-wealthiest" families just beneath the pyramid's top. However, half of the poorest families in the United States did not have wealth declines at all during the crisis because they generally did not own financial investments whose value can fluctuate. The Federal Reserve surveyed 4,000 households between 2007 and 2009, and found that the total wealth of 63% of all Americans declined in that period and 77% of the richest families had a decrease in total wealth, while only 50% of those on the bottom of the pyramid suffered a decrease.[58][59][60] 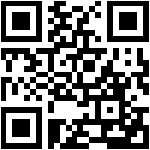