To share this paste please copy this url and send to your friends
RAW Paste Data
Roaming Charges: Scene of the Crimes
1989 crime involving the beating and rape of a jogger in New York City
"Central Park Five" redirects here. For the 2012 documentary film, see The Central Park Five (film).

The Central Park jogger case (events also referenced as the Central Park Five case) was a criminal case in the United States over the aggravated assault and rape of a white woman in Manhattan's Central Park on April 19, 1989, occurring during a string of other attacks in the park the same night.[1] Five black and Latino youths were falsely convicted of assaulting the woman, and served sentences ranging from six to twelve years. All were later exonerated after a prison inmate confessed to the crime in 2002.

From the outset the case was a topic of national interest, with the commentary on social issues evolving as the details emerged. Initially, the case led to public discourse about New York City's perceived lawlessness, criminal behavior by youths, and violence toward women. After the exonerations, it became a high-profile example of racial profiling, discrimination, and inequality in the media and legal system.[2][3][4][5] All five defendants subsequently sued the City of New York for malicious prosecution, racial discrimination and emotional distress; the City settled the suit in 2014 for $41 million. 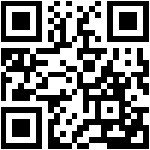