The best way to Give Yourself the Foot or so Massa

Boruto: Naruto Next Generations is a Japanese anime series based on the manga series of the same name and is a spin-off of and sequel to Masashi Kishimoto's Naruto. It is produced by Pierrot and broadcast on TV Tokyo. The anime is directed by Noriyuki Abe (Chief Director) (#1–104), Hiroyuki Yamashita (#1–66), Toshirō Fujii (#67–104), and Masayuki Kōda (#105–) and is written by Makoto Uezu (#1–66) and Masaya Honda (#67–). Manga writer Ukyō Kodachi is supervising the series.

Boruto follows the exploits of Naruto Uzumaki's son Boruto and his comrades from the Hidden Leaf Village's ninja academy while finding a path to follow once they grow up. Despite being based on the manga, the anime explores original storylines and adaptations of the spin-off manga, Naruto: The Seventh Hokage and the Scarlet Spring;[1] Boruto: Naruto the Movie;[2] as well as the Naruto Shinden light novel series.[3]

In the United States, the English dub made its premiere on Adult Swim's Toonami programming block on September 29, 2018.[11] Adult Swim removed the series from the block's rotation after episode 52 on October 20, 2019. Jason DeMarco addressed on Twitter that they currently have no plans to bring the anime back.[12] 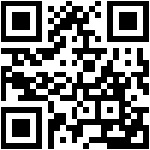