To share this paste please copy this url and send to your friends
RAW Paste Data
He was locked up for supporting Islamist terrorism before turning his life around
Not to be confused with Algerian War.

The Algerian Civil War was a civil war in Algeria fought between the Algerian government and various Islamist rebel groups from 26 December 1991 (following a coup negating an Islamist electoral victory) to 8 February 2002. The war began slowly as it first appeared the government had successfully crushed the Islamist movement, but armed groups emerged to fight jihad and by 1994, violence had reached such a level that it appeared the government might not be able to withstand it.[22] By 1996–97, it had become clear that the Islamist resistance had lost its popular support, although fighting continued for several years after.[22]

The war has been referred to as 'the dirty war' (la sale guerre),[23] and saw extreme violence and brutality used against civilians.[24][25] Islamists targeted journalists, over 70 of whom were killed, and foreigners, over 100 of whom were killed,[26] although it is thought by many that security forces as well as Islamists were involved, as the government had infiltrated the insurgents.[27] Children were widely used, particularly by the rebel groups.[28] Total fatalities have been estimated at 44,000[29] to between 100,000 and 200,000.[30]

The conflict began in December 1991, when the new and enormously popular Islamic Salvation Front (FIS) party appeared poised to defeat the ruling National Liberation Front (FLN) party in the national parliamentary elections. The elections were canceled after the first round and the military effectively took control of the government, forcing pro-reform president Chadli Bendjedid from office. After the FIS was banned and thousands of its members arrested, Islamist guerrillas rapidly emerged and began an armed campaign against the government and its supporters.

They formed themselves into various armed groups, principally the Islamic Armed Movement (MIA), based primarily in the mountains, and the more hard-line Armed Islamic Group (GIA), based primarily in the towns. The GIA motto was "no agreement, no truce, no dialogue" and it declared war on the FIS in 1994 after the latter had made progress in negotiations with the government. The MIA and various smaller insurgent bands regrouped, becoming the FIS-loyalist Islamic Salvation Army (AIS).

After talks collapsed, elections were held in 1995 and won by the army's candidate, General Liamine Zéroual. The GIA not only fought the AIS but both it and the government began a series of massacres targeting entire neighborhoods or villages which peaked in 1997. The massacre policy caused desertion and splits in the GIA, while the AIS, under attack from both sides, declared a unilateral ceasefire with the government in 1997. In the meantime, the 1997 parliamentary elections were won by a newly created pro-Army party supporting the president.

In 1999, following the election of Abdelaziz Bouteflika as president, violence declined as large numbers of insurgents "repented", taking advantage of a new amnesty law. The remnants of the GIA proper were hunted down over the next two years, and had practically disappeared by 2002, with the exception of a splinter group called the Salafist Group for Preaching and Combat (GSPC),[Note 1] which announced its support for Al-Qaeda in October 2003 and continued fighting an insurgency that would eventually spread to other countries in the region.[32][33]

Cite error: There are <ref group=Note> tags on this page, but the references will not show without a {{reflist|group=Note}} template (see the help page). 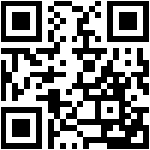