An Italian cameo bracelet representing the days of the week by their eponymous deities (mid-19th century, Walters Art Museum)

A week is a time unit equal to seven days. It is the standard time period used for cycles of rest days in most parts of the world, mostly alongside—although not strictly part of—the Gregorian calendar.

In many languages, the days of the week are named after classical planets or gods of a pantheon. In English, the names are Monday, Tuesday, Wednesday, Thursday, Friday, Saturday and Sunday, then returning to Monday. Such a week may be called a planetary week.[citation needed] This arrangement is similar to a week in the New Testament in which the seven days are simply numbered with the first day being a Christian day of worship (aligned with Sunday, offset from ISO 8601 by one day) and the seventh day being a sabbath day (Saturday).

While, for example, the United States, Canada, Brazil, Japan and other countries consider Sunday as the first day of the week, and while the week begins with Saturday in much of the Middle East, the international ISO 8601 standard[a] and most of Europe has Monday as the first day of the week. The ISO standard includes the ISO week date system, a numbering system for weeks within a given year, where each week starting on a Monday is associated with the year that contains that week's Thursday (so that if a year starts in a long weekend Friday–Sunday, week number one of the year will start after that, and if, conversely, a year ends on a Monday, Tuesday or Wednesday, the last days of the year are counted as part of week 1 of the following year). ISO 8601 assigns numbers to the days of the week, running from 1 for Monday through 7 for Sunday.

The term "week" is sometimes expanded to refer to other time units comprising a few days, such as the nundinal cycle of the ancient Roman calendar, the "work week", or "school week" referring only to the days spent on those activities. 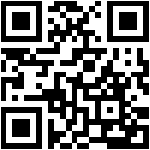