A photo of After Effects being used in motion graphics project

Motion graphic design is a subset of graphic design in that it uses graphic design principles in a filmmaking or video production context (or other temporally evolving visual media) through the use of animation or filmic techniques. Examples include the kinetic typography and graphics used in film and television opening sequences, and the spinning, three-dimensional station identification logos of some television channels. The art form has been around for decades, and has advanced in technical sophistication over time.

A motion graphic designer may be a person trained in traditional graphic design who has learned to integrate additional elements into their existing skill set of design knowledge, though motion designers can also come from filmmaking or animation backgrounds, and may use tools or training from those fields as well.[1]

Motion graphics also can be used to create videos and cartoons. For example, you can use videos, photos, and text to create a video with a voice-over to sell a product. Also, animate a logo or text using motion design. Now everyone uses motion design to make it easier for the audience and interesting for them. Motion graphics is a power that will catch your eyes into it. Motion graphic uses a lot of different tools and techniques and a lot of skills.[3] 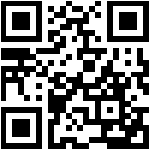