To share this paste please copy this url and send to your friends
RAW Paste Data
The gaming world often overlooks players of color. This new studio is changing that
2018 Survival video game

Rust is a multiplayer-only survival video game developed by Facepunch Studios. Rust was first released in early access in December 2013 and received its full release in February 2018. Rust is available on Microsoft Windows and macOS. Console versions for PlayStation 4 and Xbox One have been announced for release in 2021.[1][2] Rust was initially created as a clone of DayZ, a popular mod for ARMA 2, with crafting elements akin to those in Minecraft.

The objective of Rust is to survive in the wilderness using gathered or stolen materials. Players must successfully manage their hunger, thirst, and health, or risk dying. Despite the presence of hostile animals such as bears and wolves, the primary threat to the player is other players due to the game being solely multiplayer. Combat is accomplished through firearms and various weapons, such as bows. In addition, vehicles controlled by non-player characters will occasionally roam, attacking armed players. Rust features crafting, though initially limited until the discovery of specific items in the game's open world. To stay protected, players must build bases or join clans to improve their chance of survival. Raiding as a clan is a major aspect of Rust. Rust supports modded servers which can add additional content.

Rust was first released in December 2013 to the Steam Early Access program; this early access state is now known as Rust Legacy. Further into its development, the gameplay was changed significantly. Dangerous wildlife replaced zombies as the primary environmental threat and several fundamental revisions to the crafting system were released. 2014 saw the game ported to the Unity 5 game engine, providing substantial graphical changes. Around this time, Rust introduced immutable, predetermined skin colour and biological sex tied to players' Steam account details. Despite being fully released, the game continues to receive updates.

Throughout Rust's alpha release, critical reviews were mixed, with many comparisons made to other survival games. Rust was commonly explained as being a mixture of DayZ and Minecraft. During this period, reviewers frequently noted the game's unfinished nature. During its pre-release phase, critics praised the concept and gameplay and by March 2017, Rust had sold over five million copies. After leaving Early Access, it received mixed reviews from critics. The player vs player combat and survival aspects were highlighted by those who enjoyed the game, though reviewers were critical of the constant need to grind for materials, along with the harsh beginner experience. 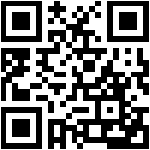