Brother Jonathan is the personification of New England. He was also used as an emblem of the U.S. in general, and can be an allegory of capitalism.

Brother Jonathan soon became a stock fictional character, developed as a good-natured parody of all New England during the early American Republic. He was widely popularized by the weekly newspaper Brother Jonathan and the humor magazine Yankee Notions.[1]

Brother Jonathan was usually depicted in editorial cartoons and patriotic posters outside New England as a long-winded New Englander who dressed in striped trousers, somber black coat, and stove-pipe hat. Inside New England, "Brother Jonathan" was depicted as an enterprising and active businessman who blithely boasted of Yankee conquests for the Universal Yankee Nation.[2]

After 1865, the garb of Brother Jonathan was emulated by Uncle Sam, a common personification of the continental government of the United States. 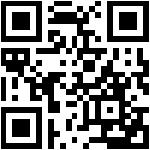