To share this paste please copy this url and send to your friends
RAW Paste Data
11 Songs Inspired by J.R.R. Tolkien’s The Lord of the Rings
Artwork by J. R. R. Tolkien Tolkien's illustration of the Doors of Durin for The Fellowship of the Ring, with Sindarin inscription in Tengwar script, both being his inventions. Despite his best efforts, this was the only drawing, other than maps and calligraphy, in the first edition of The Lord of the Rings.[1] In early editions it was printed in black on white rather than, as here and as Tolkien wished, in white on black.[T 1]

J. R. R. Tolkien's artwork was a key element of his creativity from the time when he began to write fiction. The philologist and author J. R. R. Tolkien prepared illustrations for his Middle-earth fantasy books, facsimile artefacts, more or less "picturesque" maps, calligraphy, and sketches and paintings from life. Some of his artworks combined several of these elements to support his fiction.

In his lifetime, some of his artworks were included in his novels The Hobbit and The Lord of the Rings; others were used on the covers of different editions of these books. Posthumously, collections of his artworks have been published, and academics have begun to evaluate him as an artist as well as an author.

Cite error: There are <ref group=T> tags on this page, but the references will not show without a {{reflist|group=T}} template (see the help page). 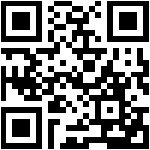