This cover of I, Robot illustrates the story "Runaround", the first to list all Three Laws of Robotics

The Three Laws of Robotics (often shortened to The Three Laws or known as Asimov's Laws) are a set of rules devised by science fiction author Isaac Asimov. The rules were introduced in his 1942 short story "Runaround" (included in the 1950 collection I, Robot), although they had been foreshadowed in some earlier stories. The Three Laws, quoted from the "Handbook of Robotics, 56th Edition, 2058 A.D.", are:

These form an organizing principle and unifying theme for Asimov's robotic-based fiction, appearing in his Robot series, the stories linked to it, and his Lucky Starr series of young-adult fiction. The Laws are incorporated into almost all of the positronic robots appearing in his fiction, and cannot be bypassed, being intended as a safety feature. Many of Asimov's robot-focused stories involve robots behaving in unusual and counter-intuitive ways as an unintended consequence of how the robot applies the Three Laws to the situation in which it finds itself. Other authors working in Asimov's fictional universe have adopted them and references, often parodic, appear throughout science fiction as well as in other genres.

The original laws have been altered and elaborated on by Asimov and other authors. Asimov himself made slight modifications to the first three in various books and short stories to further develop how robots would interact with humans and each other. In later fiction where robots had taken responsibility for government of whole planets and human civilizations, Asimov also added a fourth, or zeroth law, to precede the others:

Zeroth Law
A robot may not harm humanity, or, by inaction, allow humanity to come to harm.

The Three Laws, and the zeroth, have pervaded science fiction and are referred to in many books, films, and other media. They have impacted thought on ethics of artificial intelligence as well. 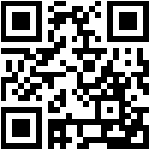